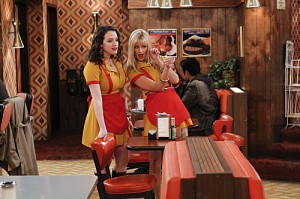 In a sale that could alter the power structure among which station groups purchase off-net sitcoms – and other programming in the future, Warner Bros. Domestic Television Distribution has sold CBS Monday night comedies Mike & Molly and 2 Broke Girls to Weigel broadcasting’s WCIU in Chicago and to thirteen non-CBS affiliated stations owned by CBS Corporation for fall 2014 and 2015, respectively.

In addition to WCIU, Warner Bros. sold both shows to sister station WMLW in Milwaukee.

In recent years, WCIU has become a bigger player in the off-network game, by adding Family Guy, American Dad, and Seinfeld to its schedule, and is adding Rules Of Engagement this fall.

Earlier in the day, TBS bought the cable rights to 2 Broke Girls for a reported $1.5 million per episode. The sale of Broke Girls – which just completed its first season – is the earliest any sitcom in its lifespan has been sold in syndication in known memory (traditionally, syndicators bring out a sitcom to market during the show’s second or third season.)

Warner Bros. established precedence when brought sitcoms out to market early in their run before – it did so with Growing Pains, Murphy Brown, and Friends, when those shows were in their second seasons. 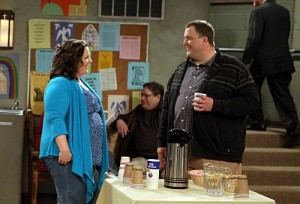 Meanwhile, CBS bought both Molly and Broke Girls on its newly acquired WLNY in New York, and in twelve other markets, including KCAL in Los Angeles, WKBD in Detroit, and KTXA in Dallas (for a complete list of stations who bought both series, click here.) None of the stations listed are primary CBS affiliates.

The sale to CBS/Weigel raises eyebrows as monolith station groups Fox and Tribune have made the majority of the off-network deals for the last decade or so in large markets. The last station group with the same level of clout was the old Chris-Craft/United station group (which owned WWOR in New York and KCOP in Los Angeles), but was sold to Fox parent News Corp. in 2001. But with CBS’ recent acquisition of New York earlier this year (creating a duopoly with WCBS-TV), it gives syndicators more options and even a little more leverage when it comes to future syndication deals. Even though CBS currently does not have a duopoly partner in Chicago, the use of WCIU makes perfect sense, as opposed to going to WGN and WFLD/WPWR separately. Some Fox-owned stations – notably in non-duopoly markets such as Philadelphia, Boston, Detroit, and Atlanta have backed off from buying off-net sitcoms – a perfect opportunity for CBS as it has duops in those same markets (except Atlanta.)

Mike & Molly is set here in Chicago and stars Billy Gardell as an Chicago police officer who meets a teacher (Plainfield native Melissa McCarthy, who is a cousin to South Side native Jenny McCarthy) at an Overeaters Anonymous  club. Several exterior shots of the show have been filmed here in the Windy City. Chuck Lorre (Two And A Half Men, The Big Bang Theory) and James Burrows (Cheers) are listed as executive producers.

2 Broke Girls is set in New York and is about two young waitresses who work at a Brooklyn restaurant (Kat Dennings, Beth Behrs) – one of whom was born rich but becomes broke and penniless after her father is indicted in a ponzi scheme. Both have a goal to open a cupcake shop, and a tally is shown at the end of the show to see how much more money they need to reach it.

Broke Girls was created by Michael Patrick King (Sex and the City) and Whitney Cummings, who are both executive producers.