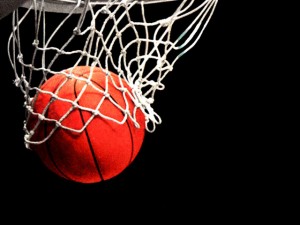 Did you fill out your brackets yet? It’s time for T Dog’s March Madness Six Pack. We have two regionals: The Chicago Bulls region (winners section; the Bulls have the best record in the NBA) and the Pac-12 Supersectional (losers; – seriously, just two teams in the NCAA tournament?) It’s time for tip-off!

Steve Harvey to do show his new show from Chicago. His new syndicated talk show strip is being based out of a new HD facility at the NBC Tower, meaning a boom for Illinois’ film industry and the city’s businesses – not to mention creating more than one hundred jobs. Great move!

CGB. The ABC series ought to thank presidential candidate Newt Gingrich blasting the show for its “lies” against Christianity: in its second week on the air, GCB – which alternatively stands for Good Christian Belles – saw its demo rating increase 5 percent – a rarity for a network prime-time series (usually, most new series would drop in the vicinity of 10 to 20 percent in their second week.)

The Desperate Housewives trial. Wow… could it be the trial involving former Desperate Housewives star Nicolette Sheridan suing creator Marc Cherry for wrongful termination is actually more interesting than the actual show itself? A rare behind-the scenes peek at the going on of a popular TV show is playing out here. Unfortunately, the trial isn’t being televised. Hey WOIO in Cleveland, press your puppets into action!

Chicago news media. The local news media and even the mayor were bemoaning the loss of Rosie O’ Donnell’s OWN talk show to New York so she can book more celebrity guests – a show that only drew 200,000 viewers per day on average. The loss of Rosie and the G-8 conference to Camp David (good riddance) gave the local media yet another excuse to trot out old, tired loser analogies (i.e. The Cubs, Al Capone, Mrs. O’ Leary’s Cow, etc.) Yeah guys, you forgot to mention the giant grasshoppers that once climbed up a photo of the Wrigley Building in Beginning of the End. Sometimes, the local news media is about as creative as DePaul’s basketball program – or the Washington Generals.

Terra Nova. Talk about throwing up an airball… the expensive plot and character development-challenged series was nothing more than a rehash of NBC’s 1974 Saturday morning live-action series Land of the Lost (produced by Sid & Marty Kroft, it was a better series at 3/4 the cost.) Fox sacked the show recently, citing the ratings weren’t good enough to justify the $4 million a episode price tag. Producer 20th Century Fox Television is shopping the series around, and even Netflix was mentioned as a possibility. Of course, for that to happen, Netflix CEO Reed Hastings would have to raise prices again and somehow force Illinois taxpayers foot the bill.

The Manono tribe from Survivor. Oh man, these morons are losers on a whole another level, on a whole another planet. Read my Think Tank for more on this pathetic debacle. Oh, and to the male players of the show: the Charlotte Bobcats are holding tryouts on Thursday; they’re always looking for players to give the ball away to the opposing team.