“At The Movies” to go on hiatus

Posted on November 30, 2011 by Terence Comments Off on “At The Movies” to go on hiatus 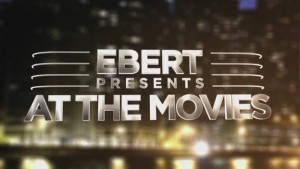 The balcony is closing. Again.

But it could reopen soon.

On his Chicago Sun-Times blog tonight, Roger Ebert posted that production on Ebert Presents At The Movies has been suspended indefinitely due to a lack of funding and an inability to find an underwriter for the PBS show.

The move was pretty much expected – Ebert had until November 30 to let Movies‘ distributor (American Public Television) know whether or not the series would move forward for another season. Given the economics of the show would not work without funding from an outside source, Ebert and his wife Chaz had no choice to put the series on hiatus, acknowledging this in a November 6 blog posting. The Eberts had been funding the series out of their own pockets, aside from a donation from a charitable trust.

At The Movies was an attempt to revive the movie-review genre, which was started by Ebert and Gene Siskel in 1975 with PBS’ Coming Soon To A Theaer Near You/Sneak Previews. The previous effort (also titled At The Movies, with Michael Phillips and A.O. Scott as co-hosts) was canceled by syndicator Disney-ABC Domestic Television Distribution in March 2010. Ebert and Richard Roeper left this version of the show in 2008.

Hosted by Christy Lemire and Igor Vishnevetsky, the revival of Movies was well-received by viewers, and was cleared in 95 percent of the country on public television outlets serviced by APT. But the show’s financial problems has kept the series in doubt for a second season as APT needed to set its programming schedule for the 2012 calendar year for its stations it services.

There is no known timetable on Ebert Presents At The Movies‘ return – or if it would return at all. But stranger things have happened in this business before, and you just never know.

The series’ final episode before it goes on hiatus is expected to be on or around Dec. 30. Ebert Presents At The Movies airs Fridays at 8:30 p.m. locally on WTTW, but because this is currently a pledge period, Movies is airing this week and next an hour earlier.