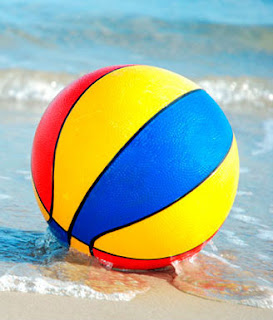 For the first time in a long time, its been an active time here on the blog with a lot of breaking local radio news and the demise of Q101- and its only going to get busier with Comic-Con and the Television Critics Association Press Tour coming up and Fresh 105.9’s musty smell finally going away. Summer vacation? There’s no summer vacation here at The T Dog Media Blog!

Q101’s final week. Was Q101’s final week perhaps the best material ever to air on Chicago radio? Letting the radio personalities play the music they chose… with a proper goodbye from the staff to its fans and listeners. Brilliant. And the final episode of Local 101 this past Thursday night – paying homage to local musical acts – was the best sendoff of any program – radio or TV – since the February 28, 1983 finale of M*A*S*H.

There is some good news for Q101 fans – the station will live on online – thanks to Broadcast Barter Radio Networks, which will stream the station’s old format over Q101.com. Broadcast Barter has also bought the intellectual rights to all Q101 properties – even Robert Murphy’s straightjacket from those wacky commercials from the 1980’s.

WBBM-AM… now on FM too! In a long overdue move, CBS-owned WBBM-AM is simulcasting its signal on WCFS-FM (105.9 FM). Beginning August 1, the all-news station improves its reach including those who can’t get the signal downtown and attracting younger listeners who otherwise would not tune in to AM radio – not to mention increasing revenue.

HBO. The Emmy Awards were announced this week with HBO programming receiving a whopping 104 nominations ranging from Boardwalk Empire to Game of Thrones. HBO’s renting a U-Haul.

You, the consumer. Entertainment is sure getting expensive if you’re a fan of Steve Dahl or if you use Netflix. Dahl is charging $9.99 a month for his podcasts beginning next month while Netflix users will have to pay $16 a month starting in September if they want to continue to stream content and receive DVDs in the mail. Yeah, the economy is really improving – for some.

The MLB All-Star Game. A sporting event which usually is the highest-rated program of the summer found itself getting beaten by NBC’s America’s Got Talent and set a record low viewership, losing two million viewers from last year. Reaction to Fox’s telecasts were harsh on Twitter as the mid-summer classic has become nothing more than a boring spectacle.

Men Of A Certain Age. TNT’s drama about the trials and tribulations of middle-age men was canceled Friday after nearly two years. In a cable TV sea of Jersey Shore, Evil Housewives and Cupcake Wars, this great character-driven drama stood out. Sadly, shows with really thin plots featuring singing “teenagers” are hot these days.