Steve Dahl to his podcast listeners: pay up 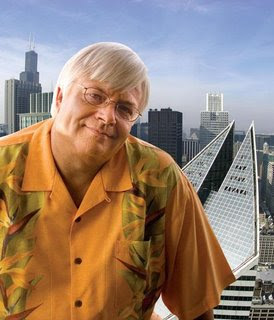 THIS was the announcement fans of Steve Dahl have been waiting for weeks?

Speculation on “the big news” to be announced Monday at 12 Noon ranged from Dahl heading to Merlin Media to host a talk show at WKQX, a return to WLUP, or even a gig at WGN Radio.

And when noon hit, this was “the big announcement”: if you are a listener to his podcasts, you’ll have to pony up some dough.

Seems like a cruel April Fools joke to play on someone in July.

Announcing the news on Twitter, the 34-year Chicago radio veteran plans to charge listeners $9.95 a month beginning August 1 to listen or download his podcasts, which he has been doing for nearly two years.

As you recall, Dahl was dumped from CBS’ WJMK-FM (then branded as Jack FM) as morning personality in December 2008 after 13 months due to poor ratings. With a long contract and basically nowhere else to put him, Dahl was shifted to Jack in November 2007 from his longtime afternoon slot at CBS’ WCKG-FM when the bosses decided to shift the station’s format to Adult Contemporary. In order to reach out to his fans in his absence from radio, Dahl started original podcasts in 2009 with CBS, whom he was still under contract with. Those agreements and contractual obligations came to an end on July 9.

According to a spokesperson for Dahl, his daily podcast has been downloaded nearly 7.5 million times since its inception.

This isn’t the first time a well-known radio personality has decided to go the pay-model route. After WLUP-FM canceled his show last year, Dr. Demento took his long-time radio show out of syndication and moved it to an Internet-only paid-subscription model.

Dahl’s decision has been panned on Twitter, Facebook, and various message boards, with many indicating they won’t pay to continue to listen for him. But there are others who would gladly pay $10 a month because they believe the content is really that good. With this logic, it separates the hardcore fans from the causal ones. On the other hand, Dahl greatly reduces his reach beyond the hardcores. And isn’t asking fans to pay $120 or so a year a little bit steep? For that price – and his sake, he’d better be putting out the best content in the world.

Wait a minute…you all are laughing at what I just said, aren’t you? Oh well. Welcome to The Island of Obscure Radio Personalities, Mr. Dahl. And you can forget Rudolph rescuing you – he won’t pay the $9.95 to do so because he has that red nose to maintain. But for the price you’re charging, I hear Gilligan and the Skipper are available.

2 thoughts on “Steve Dahl to his podcast listeners: pay up”