The Grab Bag: Contract renewals, a promotion, and RTV guts its lineup 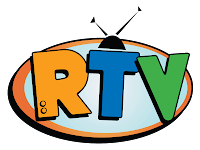 RTV: The R stands for “ruined”.

– Good news for fans of Richard Roeper and Roe Conn – the duo at WLS-AM signed a three-year contract extension to continue their successful afternoon show through the year 2014. The move come as Cumulus is about to take over Citadel Communications, owners of WLS-AM and FM in a merger.

If you want to see Richard & Roe in action while they are doing their radio show, by golly, you can – the 3 to 6 p.m. portion of the show is simulcast on WMAQ’s digital 5.2 subchannel, also known as Chicago Non-Stop.

– Univision has named Carlos San Jose Vice President and General Manager of its Chicago duopoly of WGBO-TV and TeleFutura affiliate WXFT. He begins his new position on July 5 and reports directly to Ramon Pineda, who is Senior Vice President and Regional Director of the Univision Television Group. WGBO is the market’s top-rated Hispanic broadcaster.

– If you are one of the few viewers of RTV, then you probably noticed some changes since Sunday – the diginet (whose signal through low-power WPVN has limited reach in the Chicago area) lost rights to the classic series from the NBCUniversal library and replaced the programming with low-budget and obscure fare from The Peter Rodgers Organization (I Spy, The Bill Cosby Show, etc.), a few dramas from Sony Pictures Television, and Canadian dramas from PPI Licensing, such as Cold Squad and DaVinci’s Inquest. In addition, RTV has low-budget fare like Crook & Chase, Celebrity Kitchen, The Great Outdoorsman, and Daytime. Not exactly what I call a classic TV channel (what is this… TNN’s lineup from 1987?)

No word on why RTV couldn’t come to a deal with NBCUniversal, but sources suspect it might have something to do with Comcast’s takeover of NBCU earlier this year. The loss comes at a bad time as competitors Antenna TV and MeTV have beefed up their affiliate and their programming lineup.

– As you know by now, HLN nighttime host Nancy Grace is exiting syndicated strip Swift Justice after one season because according to producer CBS Television Distribution, the series is moving from Atlanta to Los Angeles to cut production costs. But according to Atlanta Journal-Constitution media writer Rodney Ho, this might not be the case: Grace was sued for $15 million in March for breaching a contract by former collegue Patricia Caruso, who pitched a syndicated series with Grace and agreed to be executive producer of what would become Swift Justice with Nancy Grace. When the series was announced however, Caruso was not included in the deal. CBS decided to move the show shortly after the lawsuit was filed (Nevada judge Jackie Glass, of  the O.J. Simpson case fame, takes over the show this fall.)

After all, think about it – a TV series moving production from Atlanta to L.A. because its cheaper to shoot there? Strange, given Georgia has tax incentives to lure production away from other locations (Tyler Perry’s sitcoms shoot in Atlanta and Steve Harvey’s Family Feud moves there this fall from Orlando.) Plus,  BET (and former CW sitcom) The Game moved from Hollywood to Atlanta for this very same reason.

Even more odd, The Game is produced by CBS Television Studios – a sister company to CBS Television Distribution, which syndicates Swift Justice. Something is fishy here… if anyone thinks the real reason Swift Justice is moving to L.A. because  of cheaper production costs, then I have a 2011 Chicago Cubs World Series Souvenir Program to sell you.

1 thought on “The Grab Bag: Contract renewals, a promotion, and RTV guts its lineup”