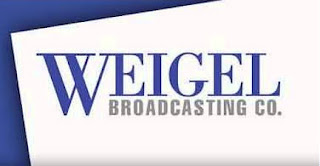 A lot of news and notes this week’s Grab Bag:

-Management changes at Weigel. Chicago-based Weigel Broadcasting announced management changes on Monday, with Neal Sabin now president of content and networks. Sabin is now responsible for all programming on Weigel stations and owned and affiliated networks; development of multiplatform content on local and national levels; strategic planning; marketing of content; and revenue generation and integration opportunities within multiple platforms. Sabin will report to President Norman Shapiro.

Sabin was vice president and general manager of WCIU for 17 years (coming over from rival WPWR-TV in the same capacity), and oversaw the station’s transition from a part-time Univision affiliate to a successful general market independent. Replacing Sabin in this role is Robert J. Ramsey, who’ll oversee WCIU and its Chicago low power stations, and operations of its South Bend cluster. Ramsey previously worked at Tribune’s WGN-TV as station manager and also worked at Fox affiliates KTXL in Sacramento and KSWB in San Diego (both also owned by Tribune.)

In addition, John Hendricks has been named to the newly created position of executive vice president of sales. He’ll oversee sales personnel and operations for all Weigel stations and the MeTV network.

The series was developed during the Court Jester era at Tribune and was to be shot here in Chicago, where five test shows were shot (only four of them aired over WGN and a few other stations last July.) When Randy Michaels was ousted, the series was picked up NBCUniversal for distribution and production moved to Stamford, Conn. and cleared the series on LocalTV-owned and Raycom-owned stations. However, NBCUniversal has since dropped out of the project, and Tribune instead will syndicate The Bill Cunningham Show (formerly Big Willie) to WGN and its 22 other stations and Fox affiliate WXIX in Cincinnati, the home city of Cunningham’s radio show.

ITV Studios is producing the new talker Jeremy Kyle Show in syndication this fall for Debmar-Mercury.


– Bulls ratings. The first two games of the Eastern Conference Finals between the Chicago Bulls and Miami Heat have been a ratings winner in the Windy City. So far, the series has averaged a 24.5 household rating here, topping prime-time stalwarts American Idol, Criminal Minds, and Celebrity Apprentice. Wednesday night, Game 2 of the Bulls-Heat game averaged a 24.3 rating, opposed to Idol’s 13.2 local rating.


– Wheeling’s Haley Reinhart out on Idol.  And is the popularity of the Bulls to blame for local contestant Haley Reinhart’s troubles on Idol? Phil Rosenthal of the Chicago Tribune asked the question in a post this past week on his Tower Ticker blog. Rosenthal wondered if the boffo ratings from the Bulls-Heat playoff game on Wednesday may have hindered her ability to get out to vote as the game smoked Idol locally in the ratings. Well, the northwest suburban woman failed to make the final two, meaning their is no Chicago repeat for Idol this year (last year, Mount Prospect native Lee DeWyze won American Idol, marking the first time a Chicagoan took home the prize.)

Reinhart didn’t help her cause any when she stumbled on the stairs while performing a Led Zepplin song on the program. She wasn’t the only one who stumbled Wednesday night – so did the Bulls. They scored only ten points in the fourth quarter en route to a 85-75 loss to the Heat, evening the series at 1-1.


– Oprah says goodbye (yeah, we know that already.)  On the eve of The Oprah Winfrey Show’s final episode (first I’ve heard of this), the queen of talk sits down with WLS-TV’s Cheryl Burton for an one-on-one half-hour interview to air May 24 at 6:30 p.m. on the ABC-owned station, titled Oprah Looks Back: 25 Years of the Oprah Winfrey Show. The following day, Ms. Winfrey will host her final syndicated show, set to air locally over WLS at 9 a.m. and 11 p.m.


– Conan returns to Chicago. While Oprah is leaving the Windy City, here’s comes Conan! For a few days next year anyway. Turner executives confirmed at this week’s upfronts that Conan O’ Brien will take his Los Angeles-based TBS talk show on the road next year to Chicago and New York – the latter is where he hosted NBC’s Late Night from 1993-2009. No word on an exact date or location. The last time O’Brien taped his talk show here was in 2006 at the Chicago Theater.