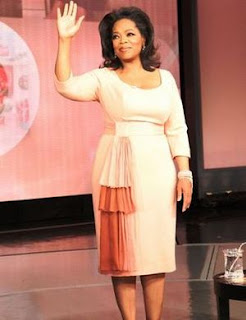 If anyone were to tell you who dominated the ratings on the final official day of the 2010-11 television season, all they have to say is Oprah Winfrey and American Idol.

– The series finale of The Oprah Winfrey Show locally on WLS-TV drew a 13.4 household rating and a 38 share, with the 11 p.m. repeat drawing a 5.7/14. Cume the numbers from the two airings, and the Oprah finale drew a 19.1 rating. But the most interesting aspect of this is that Oprah’s ratings declined in every quarter-hour at 9 a.m. – 10 percent over the course of the program. On Thursday, Oprah was replaced with new local talker Windy City Live which marks a beginning of a new era for WLS – one that will become more apparent in the months ahead with the departures of top-rated soap operas All My Children this September and One Life To Live in January 2012.

– Nationally, the Oprah finale earned a 13.3 overnight metered market household rating – the highest since Feb. 21, 1994. Oprah was premepted in two markets: St. Louis (NBC affilaite KSDK) and non-metered Little Rock (ABC affiliate KATV) due to severe weather coverage. Both stations did re-schedule the finale for the next day (and in yours truly’s opinion, both stations made the right move.)

– The other big finale of the day – to American Idol’s tenth season – and the first without Simon Cowell – defiined expectations by drawing 29.3 million viewers, up 21% from last year’s finale and a 9.2/29 in adults 18-49, also up from last year. The 2010 Idol finale was the lowest-rated in its history, drawing only 24 million viewers and a 8.2 demo rating. Locally, Idol averaged a 14.9 household rating, but was outdrawn by the combined rating of Oprah finale and the Dancing With The Stars finale (16.4).

Like Idol, Dancing also bounced back from a record-low number last year.

The two-hour Idol finale featured the usual predictable segments: off-key performances, bloopers, Idol contestants signing covers of the artist’s hits – and the artist would join them on stage to perform along side the Idol. But the increased ratings no doubt came from two of those artists: Beyonce and Lady Gaga, with both of them electrifying the stage. Also fueling viewership were the finalists’ country-music background, whose genre is always a strong TV draw. Put these factors together and the Idol finale had something for everyone.

When the results were finally tallied and announced, it was Scotty Travis McCreery who triumphed over Lauren Alaina.

Idol’s triumph is even more amazing given that many predicted (yours truly included) the series would decline without the presence of Simon Cowell and the addition of new judges Steven Tyler and Jennifer Lopez. Last year, yours truly also predicted Idol winner Lee DeWyze star would rise.

I also predicted The Jay Leno Show in primetime would be a success for NBC and the Chicago Bulls would make the NBA Finals this year.