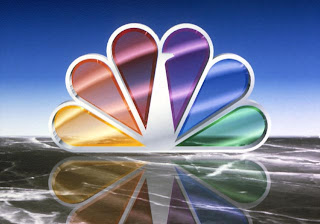 In a rather sly move, NBC released its 2011-12 schedule to the press on Sunday, a day before their upfront presentation in New York City to advertisers. So without further ado, here it is (all times are Central). New shows are in CAPS:

NBC has been trying to get out of the ratings basement for years now, and this is the network’s first schedule under the new Comcast regime and network chief Robert Greenblatt and not under the out-of-touch GE era. The peacock network introduced three new dramas and comedies each and made one of its short-run series a regular series.

Monday has one-time Holiday short-term series The Sing Off now on the fall schedule, replacing Chuck (which moves to Fridays) and the canceled Event. Midseason ratings sensation The Voice takes over Monday night closes out with new drama Playboy Club, expected to be shot in Chicago.

With Tuesdays remains unchanged, Wednesdays have new comedies Up All Night and Free Agents, leading into a relocated Harry’s Law and closing out with Special Victims Unit.

New drama series Grimm follows Chuck on Fridays, with Dateline finishing up the evening. Saturdays and Sundays are unchanged – however, if the NFL lockout wipes out football on Sunday nights, contingency plans are in place to air “high quality, live-event programming”, according to Greenblatt (in other words, more crap.)

Midseason, NBC plans to fill its Sunday lineup with Dateline, Celebrity Apprentice (with or without Donald Trump) and new drama The Firm.

Other midseason series include sitcom Are You There Vodka? Its Me, Chelsea, based on the best-selling book from E! host and comedian Chelsea Handler and highly-anticipated musical series Smash, which leads out of Voice in January. 30 Rock is also expected to return in January, due to star Tina Fey’s pregnancy (fans of the series can still catch the sitcom in syndicated reruns this fall over Comedy Central and locally over WGN-Channel 9.)

To read detailed descriptions of all the new fall NBC series, click here.

In addition to Event, canceled series include Outscored, Law & Order: Los Angeles, and Minute to Win It.

You have to applaud the job network president Robert Greenblatt has done in putting this schedule together under trying circumstances. It actually looks… interesting. NBC dumped the inane Minute to Win It and Law & Order: Los Angeles – and decided to begin the second season of new hit series Voice in January – using the same strategy Fox used with then-newcomer American Idol back in 2002-03. Smash and Prime Suspect both look promising, and so does the Chelsea Handler project, which could be NBC’s next comedy hit (in the vein of 30 Rock and Office, that is.)

On the other hand… two hours of declining Biggest Loser seems too much, relocating Harry’s Law to Wednesday night isn’t going to do much against CBS’ Criminal Minds and ABC’s Modern Family, new comedy Whitney looks like a dud, and its new Wednesday night comedy block will likely die a quick death. Chuck should have been canceled two years ago – now it’s in the Friday Night Death Slot, along with Grimm, which doesn’t have a shot.

Overall, NBC’s 2011-12 sked is promising and not bad, compared to seasons’ past, at least from a creative standpoint. NBC will likely finish the season in fourth place – again. But if Voice stays strong – and if some of NBC’s new shows catch on, the gap between third-place ABC and fourth-place NBC could be narrower.