Report: Axe to swing on one of CBS Radio’s Chicago FM properties 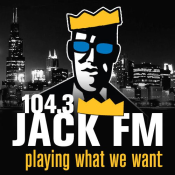 Yeah, but not for long….

The axe is waiting to swing on one of CBS Radio’s two struggling properties in Chicago.

But another domain name – 1043KHits.com – was registered anonymously two months ago – suggesting the target for the flip is WJMK, the rock-leaning Variety Hits station.

There is no word on what this “K-Hits” format would sound like, but there’s talk the proposed station would be a Gen-X-type of outlet, which would focus on late 1980’s or early-to-mid 1990’s hits, such as alternative or “grunge” music – or possibly dance hits from that era. If it leans Classic Dance/Pop, the station would compete for audience against Hubbard’s WTMX (The Mix) and Gold/AC WILV-FM and Clear Channel’s WLIT-FM (The Lite). If it leans Classic Alternative, K-Hits’ competition would be WKQX (Q101.)

Meanwhile, there’s word that Eddie Volkman and Joe Bohannon – better known as Eddie & JoBo may wind up at the new K-Hits station as morning personalities.  Robert Feder mentioned in his Time Out Chicago blog today that Eddie & JoBo could possibly leave their current regular Saturday night stint and fill-in gig at WLS-AM after only one year. The article stated that the duo may have an morning show offer from an unknown radio station, but cannot disclose where or what station or company due to legal reasons.

Eddie & JoBo were the longtime morning personalities at CBS-owned WBBM-FM from 1988 to 1993 and again from 1997 to 2008, though they were pulled off the air in 2002 for several weeks due to contract negotiations. In November 2008, they were dismissed from the station amid declining ratings with a year left to go on their contract. Despite the firings, both men understood the situation, and still have good relations with CBS (in other words, they did not blow up their bridges behind them and showed more class in their exit than The Church of Tisch did.)

Both WJMK and WCFS have struggled in the ratings since their launches, middling in the 1.5 to 2.5 overall ratings range. WJMK flipped from Oldies to Variety Hits under the JACK banner on June 3, 2005, on the same day WCBS-FM in New York did likewise (WCBS has since returned to its Oldies/Classic Hits format.) The format change ended WJMK’s 21-year run as an Oldies station.

On November 5, 2007, CBS flipped the former WCKG-FM from talk to AC-formatted Fresh 105.9 (and the calls to WCFS) and in the process, moved Steve Dahl from his afternoon slot at WCKG to a morning slot at WJMK, where he lasted a little over a year – in fact, he was dropped just two weeks after Eddie & Jobo were shown the door at WBBM-FM.

While both stations’ ratings leave little to be desired (in the latest PPM survey, WJMK tied for 19th while WCFS tied for 22nd), WCFS’ stronger appeal to the more advertiser-friendly female demo (however small that may be) could be the deciding factor in choosing WJMK over WCFS for the flip. In addition, WCFS recently introduced a new morning show with hosts Scotty Smith and Rebecca Ortiz.

There’s no word on when any of these changes take place, as they are not yet official. But if yours truly had to place any bets, he would put money on Eddie & JoBo returning to morning drive at the new K-Hits station.