My Network TV to stick around three more years 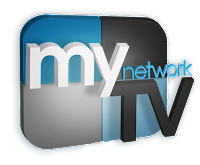 This news was first reported Friday by Paige Albiniak on Broadcasting & Cable’s website.

My Network TV came about after those same nine stations were left out in the cold by the merger of The WB and UPN networks to form The CW in 2006.

The network launched with English version of an all-telenovela format in 2006 (remember turkeys Desire and Fashion House with Bo Derek and Morgan Fairchild?), but by mid-2007, the format was scrapped for a lineup with mostly low-budget reality shows. In 2009, My Network TV dropped its network status and instead became a programming service, trading in the low-level reality fare for repeats of Law & Order: Criminal Intent and Burn Notice. In 2010, My Network TV dropped WWE’s Friday Night Smackdown and replaced it with repeats of Monk.

The programming service is working for stations and for syndicators who want a presence in primetime. Since the changeover, ratings have grown to a weekly average of over two million viewers, and up 194 percent overall since 2006. Plus, stations have more local avails to sell, as opposed to the other broadcast networks and distributors has been able to increase its revenue (in other words, a win-win all around.)

But despite this success, Fox-owned My Network TV affiliates have been mostly regulated to second-tier status, especially in the top three markets and often became a dumping ground for syndicated programming that mostly ran their course. However, Fox has been working to upgrade the stations’ programming menu, as many of its ten MNT O&Os are airing higher-profile series such as off-network repeats of How I Met Your Mother, Everybody Loves Raymond, and Debmar-Mercury’s South Park, which WPWR plucked from rival WCIU last September. Both WWOR and KCOP air Major League Baseball games featuring the New York Yankees and the Los Angeles Angels of Anaheim, respectively. WPWR carries the AHL’s Chicago Wolves and IHSA football and basketball playoffs.

Fox purchased The Big Bang Theory for this fall in these ten markets with the intention of airing the off-network sitcom on its My Network TV stations.