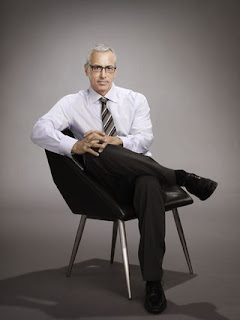 The CW announced Monday it was launching a new half-hour strip this fall with Dr. Drew Pinsky from Telepictures productions called Dr. Drew’s Lifechangers, a spin-off of a segment of the syndicated magazine series Extra, which is also produced by Telepictures (and syndicated by Warner Bros.) The acquisition marks the first time a spin-off from a syndicated program landed on a broadcast network. The news broke Monday night on Broadcasting & Cable’s website.

Dr. Pinsky (of Celebrity Rehab and Loveline fame) hosts the series and features stories abouit individuals who are in conflict, with the causes ranging from relationship problems to addiction. Pinsky brings in experts to help the people involved, and they can be anyone from celebrities (hopefully not Miley Cyrus or Lindsay Lohan) to those in the medical field. Lifechangers is being shot in front of a participatory studio audience and also plans to field questions from home viewers via video teleconferencing. Dr. Pinsky also plans to test self-help products on his show, including fitness and diet products.

CW plans to schedule the half-hours back-to-back from 3 to 4 p.m. in all time zones with the first episode a original, replacing repeats of Tyra Banks’ now-defunct talk show. CW’s early fringe schedule was originally two hours, but they gave the second hour back to affiliates to program last September. There were rumors CW was also going to give the first hour back to affiliates this coming fall, but the decision to schedule Lifechangers keeps them in the daytime business and is bad news for upcoming syndicated series hoping to land the time slot – especially Bill Cunningham’s proposed talk show from Tribune Entertainment, which still has not found a distributor. Tribune owns fourteen CW affiliates, including WGN-TV in Chicago.

In addition to Lifechangers and his rehab cable shows, Dr. Pinsky will host a weekday strip on HLN, beginning this spring.