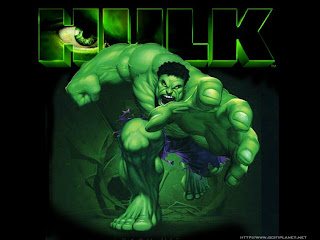 Marvel is hoping Hulk can smash the competition in 2011 like he did in the late ’70’s. (Image: SciFiplanet.com)

Get ready for another reboot… this time of The Incredible Hulk.

The revival of the classic 1978-82 CBS series with Bill Bixby and Lou Ferrigno – also notable for its wonderful closing theme song –  is one of the projects Marvel has in development for ABC since Jeph Loeb took over as head of the production company. (In 2009, Marvel was purchased by The Walt Disney Co., who also owns ABC)

Loeb is known for his work in many of Marvel’s graphic novels in addition to his work as a staff writer on Lost and Heroes.

The revival is one of many in the works for next season – recently, David Kelley has been tagged to revive DC Comics’ Wonder Woman – a series than ran on ABC and CBS in the 1970’s with Lynda Carter in the lead role (though Cathy Lee Crosby was the lead in the 1974 made-for-TV movie of the same name.)

Also, Bryan fuller – best known for his work on Heroes and Pushing Daisies – is helming yet another revival of The Munsters, which ran on CBS from 1964-66. A recent revival (The Munsters Today) puttered in first-run syndication from 1988-91 (WPWR here in Chicago moved the series from a key weekend time slot to 1 p.m. Friday afternoons in the middle of its second season. No kidding.)

Another series in development is Cloak and Dagger, a series developed for ABC Family.

Marvel recently submitted a list of proposed television series for ABC. Yours truly’s favorite: Daughter of the Dragon, where a dynamic duo – one with a bionic arm and another a granddaughter of a samurai – open up a detective agency. You can’t go wrong with that!

But a word of caution here if ABC wants to jump on the Superhero bandwagon: During the time Hulk was on CBS’ prime-time lineup, he shared the schedule with Wonder Woman and The Amazing Spider-Man, a live-action which was sacked after two seasons because CBS didn’t want to be tagged as “the Superhero network” (i.e.., they weren’t attracting enough female demos with the shows – you see, they had this hot new show named Dallas, and wanted more programming similar to the Ewing clan. After all, J.R. Ewing did make comic book villains look like choir boys by comparison…)

Interestingly enough, Spiderman co-creator Stan Lee denounced the show in later years – even though he was credited as a script consulant on the series.