Roger Ebert revives "At The Movies" 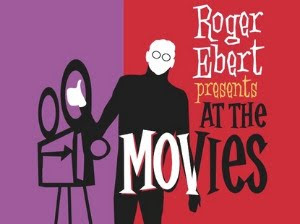 The title card of the new Roger Ebert Presents At The Movies.

Get your popcorn ready – because the balcony is re-opening and there’s going to be a show. One of the principals behind Sneak Previews/At The Movies is bringing the series back to its original home of PBS.

Chicago Sun-Times movie critic Roger Ebert announced on his website today he is bringing back At The Movies, rechristened Roger Ebert Presents At The Movies in January. The series began in 1975 on PBS as Opening Soon At A Theater Near You (later renamed Sneak Previews) with Ebert and the late Gene Siskel produced at WTTW in Chicago. In 1982, the duo departed for Tribune Entertainment and At The Movies and went to Buena Vista Television (now Disney-ABC Domestic Television) four years later for Siskel & Ebert.

The most recent version of the show, also titled At The Movies, ended its run on August 16.

Ebert is producing the show with his wife, and features two new movie critics – National Public Radio’s Elvis Mitchell and Christy Lemire of the Associated Press. Also contributing are bloggers Kim Morgan and Omar Moore. The critics will also get to use the “thumbs up/thumbs down” method of reviewing movies, which has been trademarked by Ebert was used on his and Siskel’s programs.

The series is expected to be shot here in Chicago with a possibility of the program being shot at Sneak Previews‘ original home, WTTW.

Ebert was forced to exit Ebert & Roeper in 2006 after thyroid surgery, which robbed him of his natural voice. Various guest hosts filled in alongside co-host Richard Roeper until 2008, when Ebert’s contract wasn’t renewed and Roeper decided to depart the series.

Ebert will also appear on the new show, using his new computer-simulated voice to talk about classic movies.