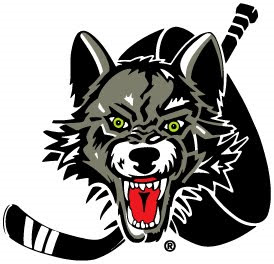 For the first time in twelve years, Chicago Wolves hockey has landed on a local broadcast outlet.

Fox-owned WPWR-TV acquired the rights to air fifteen Wolves games starting this fall, with ten of those games on Saturday nights, starting with a game with the Milwaukee Admirals on October 3.

Five other games are scheduled for Sunday afternoons later in the season.

All other games are airing on Comcast Network 100, or CN 100, which its available only to Comcast subscribers.

The move is perfect for WPWR as My Network TV (and CW) has scaled back to programming only on weeknights (CW still programs Saturday mornings through 4 Kids TV.) My Network TV is also no longer classified a broadcast network, since it is now mainly consists of syndicated reruns and the lone first-run show on the “programming service”, WWE Smackdown. As a result, Nielsen is no longer tracking My Network TV on a nightly basis, except through metered market overnight ratings.

The Blackhawks ended a decades-long policy in 2007, which barred home games from being broadcast.

The moves made by both the Blackhawks and now the Wolves, has exposed more eyes to the sport in Chicago – and a deep playoff run made by the Hawks last season didn’t hurt either.

The Wolves did not make the playoffs last year, but did win the Calder Cup in the 2007-08 season – the trophy awarded to the victors in the American Hockey League (AHL). The Wolves began in the International Hockey League in 1994, but moved to the AHL when the IHL went belly up.