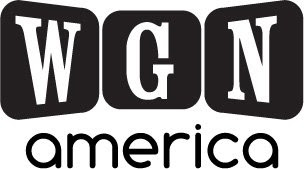 Yes, a two-for-one offer. Say goodbye to the eyes and hello to the blocks.

According to Chief Innovation Officer Lee Abrahms (yes, it’s an actual title), the moves are being made to better reflect the diversity of America, particularly the middle part of the country.

The new lineup includes a new show from the WWE (Superstars), which airs Thursday nights and Sunday mornings (including an airing here locally over WGN-TV at 11 a.m.); a Saturday morning celebrity cooking show (Hollywood & Dine); a Thursday night documentary (Around the World for Free) where a person travels the world – with NO money (a lot of hitchhiking in this one); and Cultivating Life, a public-TV like program airing on Saturday mornings.

WGN America adds this to a lineup filled with other fare including Star Trek: The Next Generation, Scrubs, and The Bob & Tom Show (which also airs on WTTV in their home base of Indianapolis.)

As part of WGN America’s makeover, the channel is doing away with traditional voiceovers and music, and plans on having a five-note chime being adopted for individual shows.

Despite all the changes, some Chicago programming remains on the channel, including news, sports (except Blackhawks and some Bulls games), public-affairs shows, and The Bud Billiken Parade.

WGN America is only available in the Chicago area through Direct TV.