Who’s in your four, Edition V

Posted on September 13, 2008 by Terence Comments Off on Who’s in your four, Edition V

There’s going to be a new name for this, I swear…

– America Ferrera slams The Hills, 90210, and Gossip Girl. The Ugly Betty star says the shows are mean: ” Like, if you’re watching The Hills or 90210, all the backstabbing shapes the way we act – you go to school, and you think you’re job is to find a sworn enemy and be jealous of each other”. You go, girl. I sure do love America!

– The Doctors. Top new syndicated strip in its first week on the air. However, a week of numbers does a hit or miss does not make. I think that’s how it’s phrased…

– Simpsons Halloween Episode. They plan on spoofing It’s the Great Pumpkin, Charlie Brown for this year’s Treehouse of Horror. This should be good. Hopefully.

– Celebs banned from MNF booth. No more mindless Disney-ABC tie-ins. But before you celebrate, remember: Kornheiser is still there.

The four in T Dog’s Doghouse

– The Insider. They finally went HD this week, and how about this for a story? They are continuously following a 22-year old woman who’s desperately trying to get laid. Wait a minute, we don’t get to see her get laid? In HD, even? Heavens to mercitroids! What a rip-off! Exit, stage right!

– Do Not Disturb. With just 4.8 million viewers in its first airing, a lot of them are heeding this advice on Fox’s latest live-action comedy embarrassment: Do Not Watch.

– Richard Dominick. The recently fired executive producer of Jerry Springer’s and Steve Wilkos‘ talk shows told Wilkos to choke a guest during a “physical confrontation“. What in the name of Morton Downey Jr. is going on here?

– Tony Kornheiser. He called the Bears and the Carolina Panthers “second-rate teams” Tuesday on Pardon The Interruption, despite the fact they won their opening week games. While somewhat true, this is coming from a fourth-rate announcer on Monday Night Football. Tony, your skis are ready… It’s shark-jumping time! 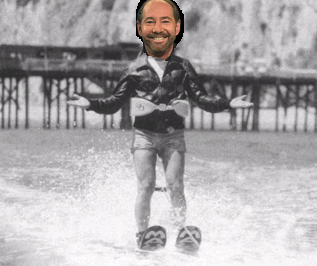