The CBS name returns to syndication

Posted on January 10, 2007 by Terence Comments Off on The CBS name returns to syndication 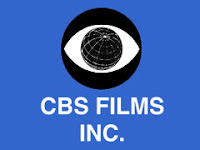 They’re back. But the new CBS Television Distribution is in the spirit of the old CBS Films, the syndication division of CBS before the government forced the big three networks to rid itself of the lucrative syndication business in 1970 via the financial interest and syndication rules, which ended in 1995.

In 1971, CBS spun-off Viacom, and became a very successful syndication company. Viacom grew and grew and grew (creating Showtime and Nickeloedeon, buying MTV and BET), and later acquired Paramount Pictures Corporation. Meanwhile, when the fin-syn rules ended allowing the networks back into the syndication business, CBS bought King World, the most successful producer of first-run syndicated programming, thanks to Wheel of Fortune, Jeopardy!, and The Oprah Winfrey Show. Viacom and CBS then reunited, then split into two separate companies at this time last year with Viacom owning all the cable TV networks and CBS owning the broadcast side, including King World and Paramount (later CBS Paramount) syndicated product.

Well, now CBS is bringing the King World and Paramount product together, eliminating two of syndication well known names in the process. Perhaps the only difference between this new company and the old CBS Films is that CBS has a lot of product than it had then. And this marriage also creates some oddities as well… Oprah’s show, created at an ABC-owned station (and is still carried by seven ABC O&Os), is syndicated by CBS. And Little House on the Prairie, a program that was produced and owned by NBC (the network still owns home video rights) is also a CBS syndicated property (from the now-defunct Worldvision Enterprises, which Paramount bought in 2000.)

CBS will claim eight of syndication top ten shows, a wealth of first-run product, and over 70,000 hours of off-network programming from I Love Lucy to The Lucy Show, from Get Smart to Girlfriends, and from The Mod Squad to CSI:Anything. To see more, here’s the whole list (sans King World programs) of shows syndicated by the new CBS Television Group. (Click on “series” on the left-hand pane. Wow, what a list!)